“Cosmological Magnetogenesis: The Biermann battery during the Epoch of Reionization” proposes a new numerical scheme to model the generation of magnetic fields via the Biermann battery effect — currents generated by misaligned gradients in the electron pressure and density. The new numerical scheme is tested in a SPHINX volume and simulation setup. As expected, a weak volume-filling magnetic field is generated by expanding ionization fronts in the simulation volume. However, a much stronger inter-galactic magnetic field is also generated via the Biermann battery by expanding galactic winds, which are powered by supernova feedback in the first galaxies. 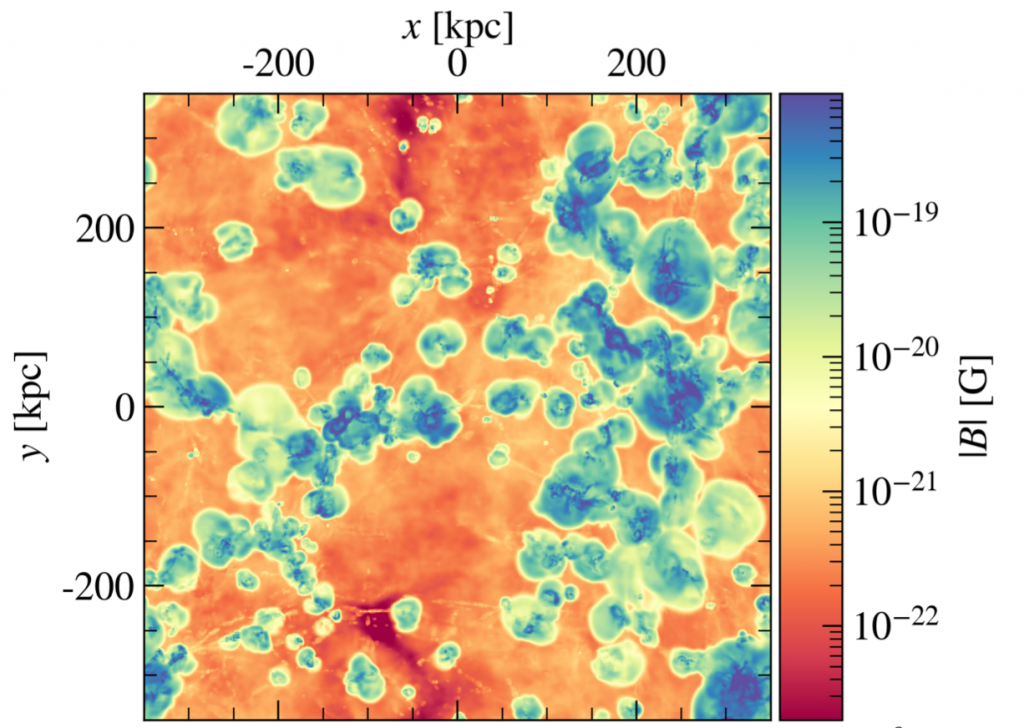 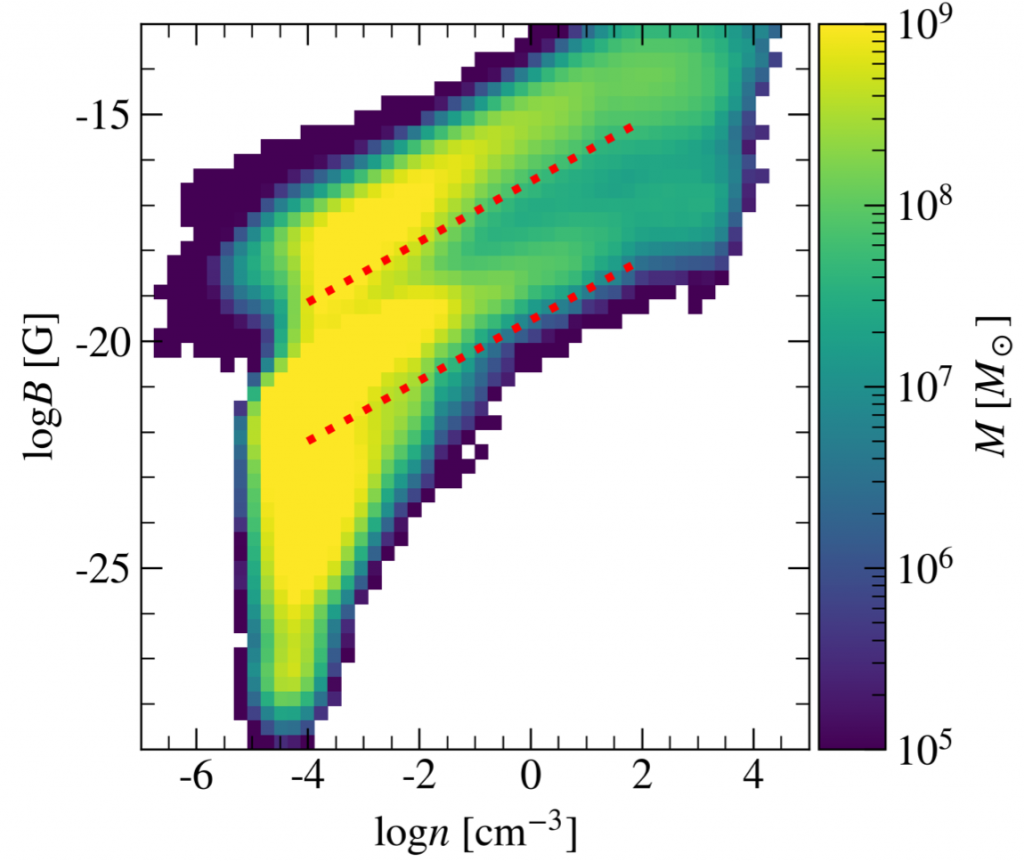