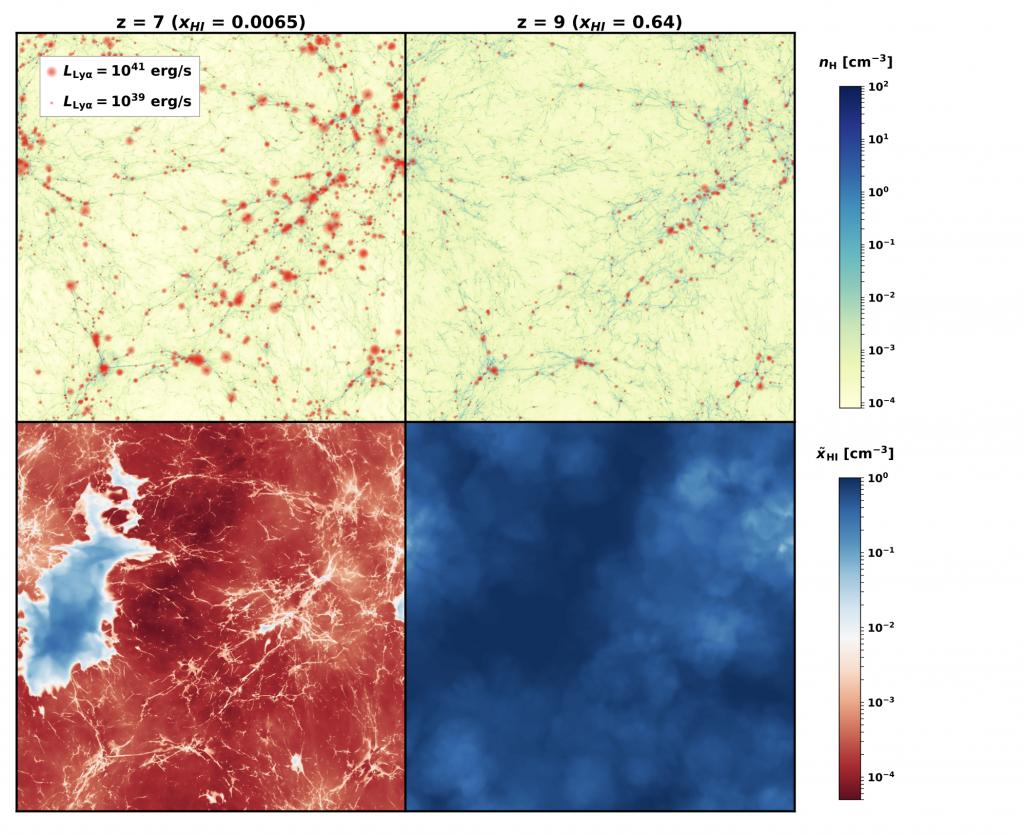 A new SPHINX paper, “Lyman-𝛼 as a tracer of cosmic reionisation in the SPHINX radiation-hydrodynamics cosmological simulation” by Thibault Garel et al. has been accepted for publication in MNRAS. The paper addresses the question of whether the increase in Lyman-alpha (Lya) emitters with decreasing redshift is due to an evolution in galaxy properties or due to the decreasing Lya absorption by neutral gas in the inter-galactic medium (IGM). Little or no evolution is found in internal Lya emission or escape from galaxies, so the evolution in Lya emitters is pinned on the reionizing IGM. 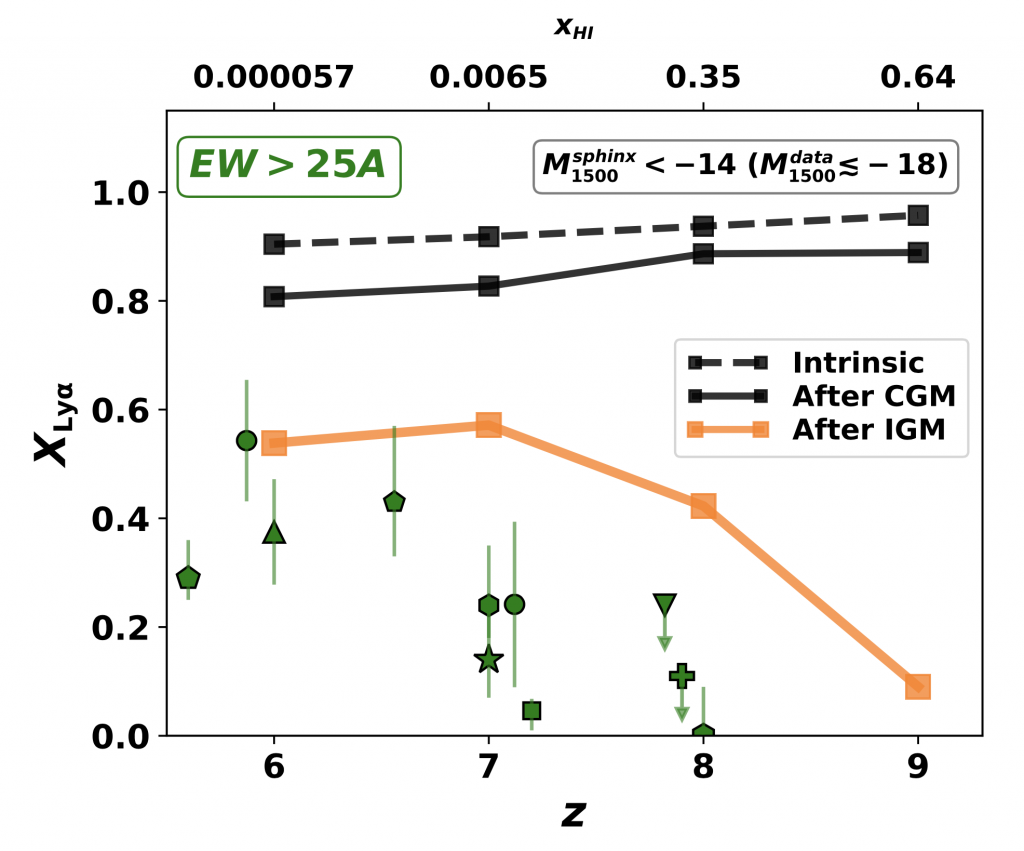